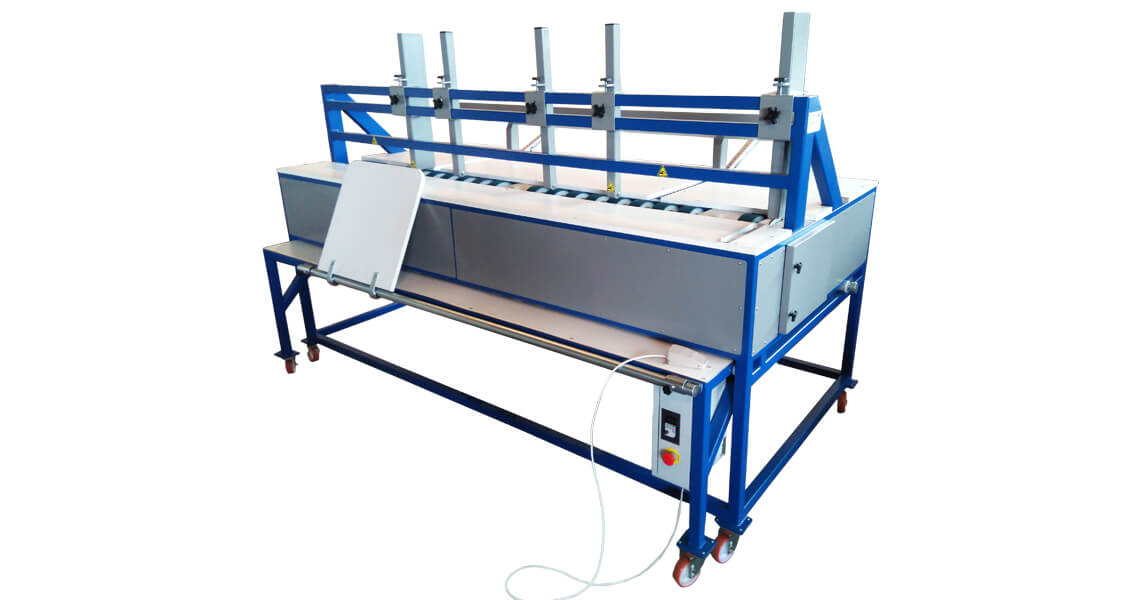 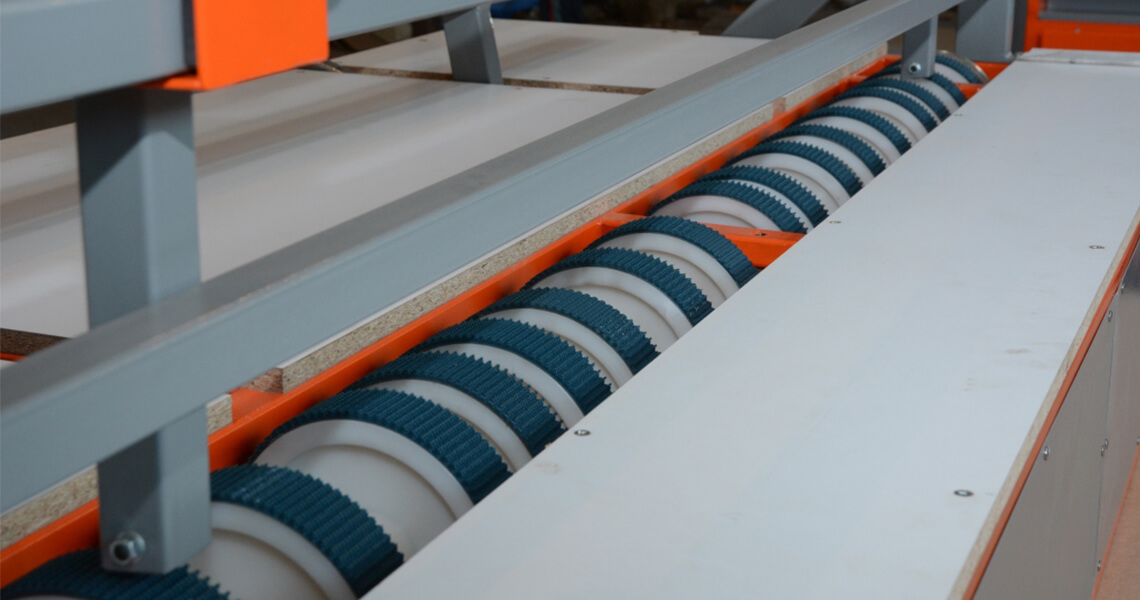 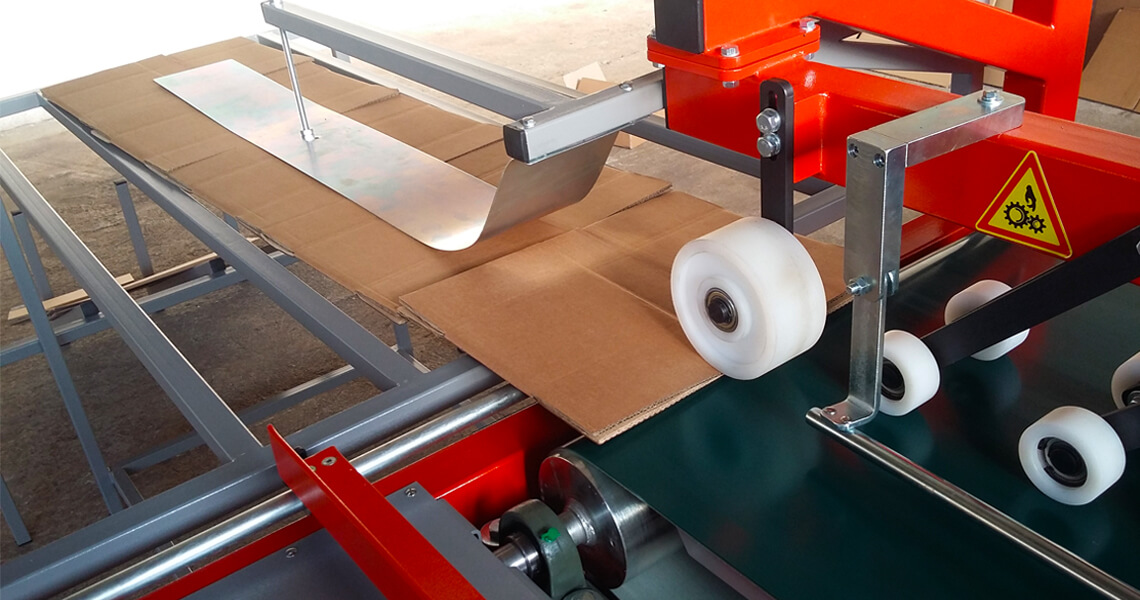 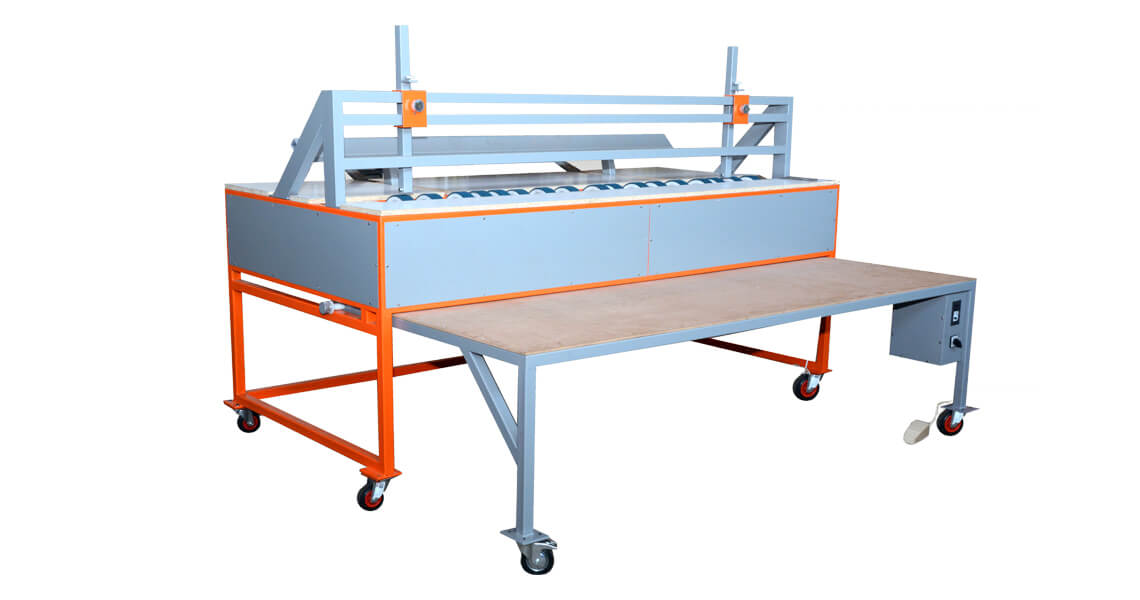 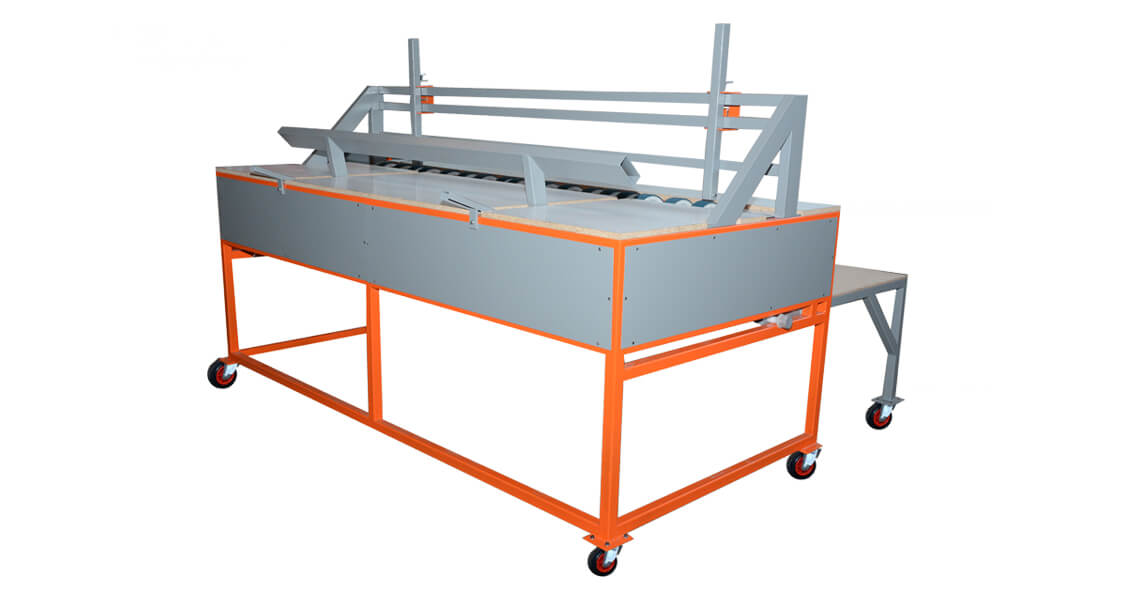 The gluing machine comes into use after the necessary holes and applications are punched into the cardboard and after the production/printing process is completed. The machine works by manually inserting the cardboard into the entrance slot of machine and waiting for the automatic assembly process to do the rest. Once the conveyor belt recognizes the cardboard, a scanner reads the movement of the cardboard, and after a certain length (which is preprogrammed on the touch-screen panel), begins dispensing the necessary dose of glue. After the needed amount of glue is given, at the designated length, the box is assembled and when exiting the conveyor belt of the machine, the box is ‘’pressed/ironed’’. The glued box then goes through a press with the purpose of allowing the glue to fuse with the cardboard box, so that it does not unglue in the final stage of the production process. In the press itself, the cardboard is waiting for the next box, while pushing out the previously completed box. After the press, the glued and completed box is ready for storage. All functions and parameters (speed, beginning and length of glue application, etc. – can be adjusted on the touch-screen panel). For the machine to function, a miniature compressor is necessary in order for the glue to be delivered to the nozzle that dispenses the glue.

REACH OUT TO US

Subscribe to our newsletter to keep up with our latest updates!